A Little Help from My Friends

A Little Help from My Friends

At the tail end of the trailer for I'LL SEE YOU IN MY DREAMS, we get a glimpse of the mischievous camaraderie between Carol (played by Blythe Danner) and her three best girlfriends, Sally, Georgina, and Rona. For many years, the most important figures in Carol’s life have been these three supportive, challenging, patient, and fun ladies. They want Carol to move into the retirement community they all live in, but Carol’s stubborn independence keeps her in the home she shared with her husband. Played by Rhea Perlman, June Squibb, and Mary Kay Place, these friends are a trio of loving surrogate sisters who urge Carol on as she begins to open up to new experiences.“I made a list of my first choice for every role,” says director Brett Haley. “A couple weeks later our casting director told me that this was the first time in her 30-year career that everyone said yes. Clearly there was something magical about the way these people came together. For a second-time director making a small independent film, to be able to access their experience, talent, and knowledge was an incredible gift.”

“The group of women are all marvelous actresses who have impeccable comedic timing,” he continues. “All of them had very specific ideas about who their characters were. They get to play life-loving, joyous women who are friends. Every time they are onscreen, the audience is in for a treat. It’s great comedy but they have also created real, fully fleshed-out characters, each of them unique. I’m really proud that this film has scenes with four women who happen to be older, just enjoying themselves and being there for each other.” 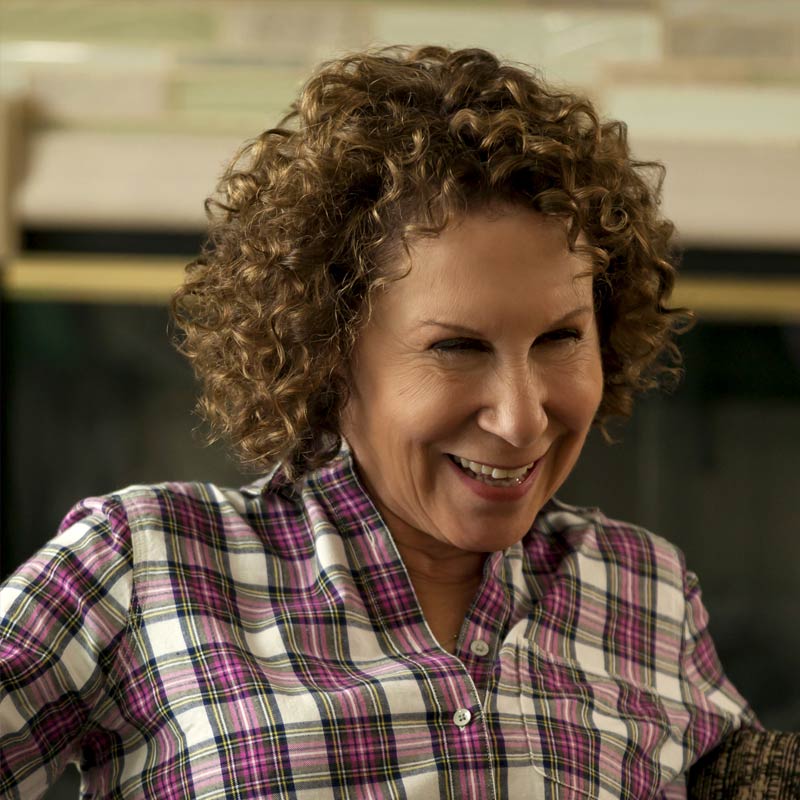 Sally, played by Rhea Perlman, is the edgier, risk-taking member of the group. “She drinks Budweiser out of the can, she smokes medical marijuana from a vaporizer, she plays golf, and she’s very sexually-charged,” Haley says. “When I thought of that character, I pictured Rhea Perlman, because she’s got that great sass and that great personality.”Perlman enjoyed the script and was immediately drawn to Sally. “Lots of times you get called on to play a mother or a grandmother and they think of you as a little old lady. Us people who are in our 60s, 70s, 80s and even some in their 90s are not like little old people. We’re vibrant, very engaged people,” she says. “That’s what I liked about the whole project. We had so much fun doing it. Brett’s dialogue is natural and simple and real, so the scenes just flowed.”
The ladies may be living in a retirement community, but they are still very young at heart, the actress points out. “My character is the one who wants to always try something new, and she keeps trying to get Carol to go along with her. But she also cares very much about others and is absolutely down to earth.”The tight schedule didn’t keep the cast from having a blast on the set, says the veteran actress. “We worked very fast so we had to take it seriously, but we laughed all the time. Brett’s a big booster. He never got upset, even if someone screwed up their lines seven takes in a row.” 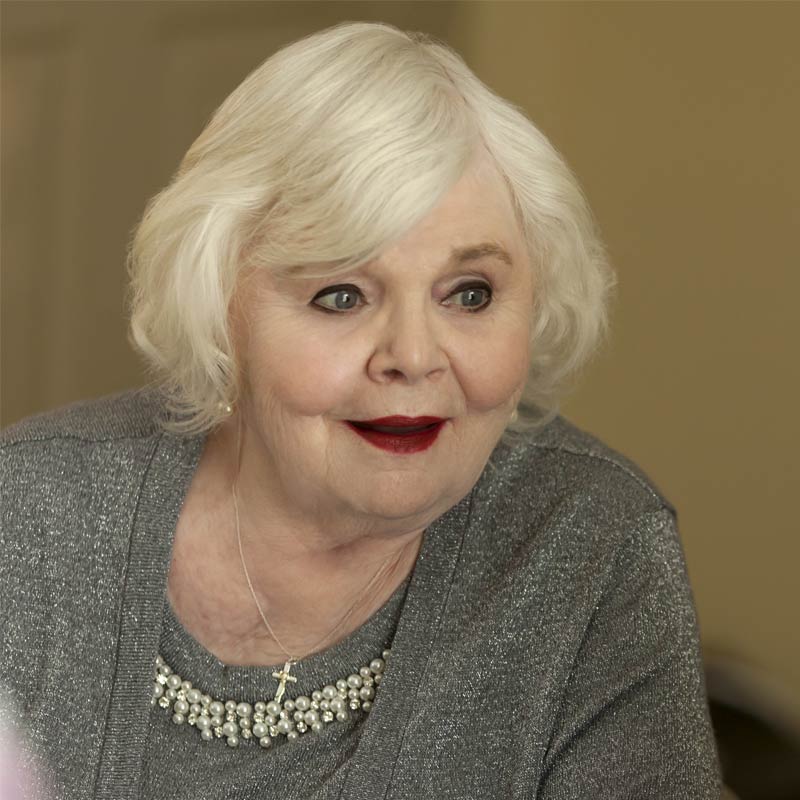 To play Georgina, the eldest of the friends, Haley approached June Squibb, who had recently been nominated for an Academy Award for her role as Kate Grant, the hilariously foul-mouthed wife of Bruce Dern’s character in Nebraska.
Georgina couldn’t be more different than the gruff and unadorned Kate, notes Haley. “June’s character is a bit more traditional than the other ladies,” he says. “We specifically talked about her being girly. She wears red lipstick and really sparkly outfits. Georgina’s sweet and has a good time, but she’s the rock.”
By the end of a busy awards season, Squibb, who received some three-dozen nominations for her role in Alexander Payne’s black comedy, wasn’t sure she wanted to go right back to work. “But the script got me,” she says. “When would I get another chance like this? And I knew Rhea and Mary Kay and Blythe were going to be in it. I’ve known Blythe for years because my husband was her acting teacher, but I’d never gotten to work with her before.”
“Georgina approaches life differently than the others ladies,” says Squibb. “She is somewhat more naïve. They’re all very open together, which is what’s so much fun about them. Brett has an astonishing amount of insight into the lives of older people. A lot of it is very funny, as well as really heartfelt.” 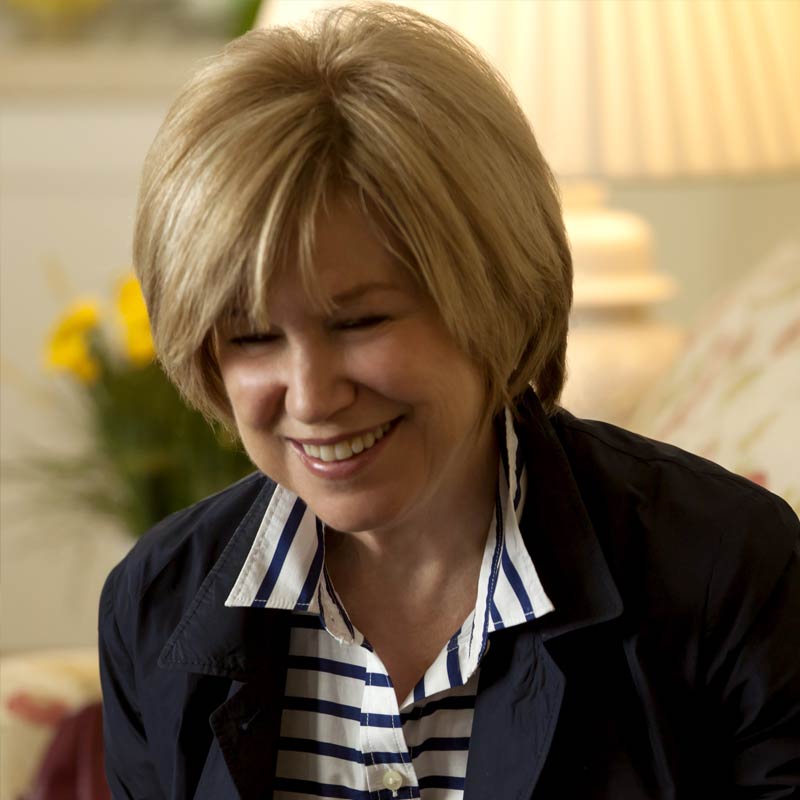 Rona is the busybody of the group, always armed with a juicy piece of gossip. “She and Carol go back the longest,” says Haley. “I wanted Mary Kay Place to play her because she just owns whatever character she’s doing. She has worked constantly throughout a long career, and I knew she would find a way to make Rona both likable and really annoying. She’s always up in people’s business.”

“Brett wrote a very beautiful script,” says Place. “It was simple, but it moved me in surprising ways. There are definitely things in my life and this screenplay that matched up. The movie examines what we believe in and how we keep ourselves interested in life as we get older. There’s a subtle spiritual element to it that I think is beautifully done.”

She agrees that Haley’s enthusiasm was winning but adds, “A lot of people are enthusiastic, but that’s not enough to make a successful film. Brett understood what he was doing and he had a passion for it. This was one of the most well-produced films I’ve ever worked on. There was a wonderful energy on the set.”

The four friends play bridge regularly in the film, but when it turned out that not one of the actresses actually knew how, the producers brought in a consultant. “We had one session with a teacher,” remembers Perlman. “He tried to show us how to play a hand so we would look like we knew what we were doing. After about six minutes, he was so befuddled and frustrated by all of our questions. We got to know each other really well, but we never did learn bridge.”